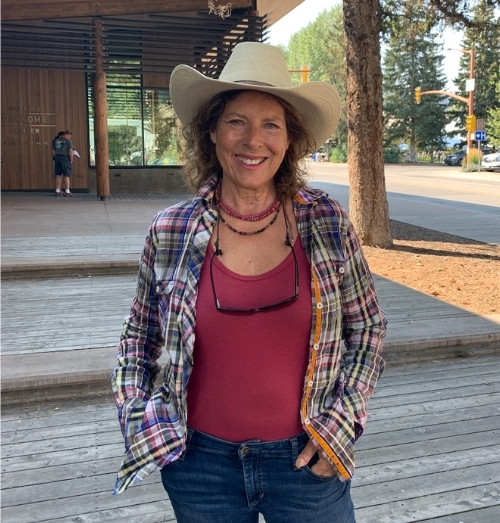 Pamela Tanner Boll is an artist, filmmaker, writer and activist. She is the Founder and CEO of Mystic Artists Film Productions.  She is the Co-Executive Producer of the Academy Award-winning documentary, Born into Brothels. Pamela has executive produced the following film projects: Living in Emergency: True Stories of Doctors Without Borders; In a Dream; Connected: A Declaration of Interdependence; Our Summer in Tehran; Strange Powers: Stephin Merritt and the Magnetic Fields; Close to the Fire; She’s Beautiful When She’s Angry; E-Team; Teen Press; Obit; Navajo Nation; and Storm Lake.

Pamela directed and produced Who Does She Think She Is?, a feature-length documentary film that follows five women who are mothers and artists. Pamela also directed A Small Good Thing, a film that asks the question how can we live in a better way. She is currently working on a new film project, To Which We Belong, highlighting  farmers and ranchers who are improving the health of their land with regenerative practices and helping to reverse climate change.

Pamela grew up in Parkersburg, WV.  She received a BA in English from Middlebury College and a Masters in Interdisciplinary Studies from Lesley University. Pamela raised three sons in Winchester, Massachusetts and now lives in Boulder, Colorado.