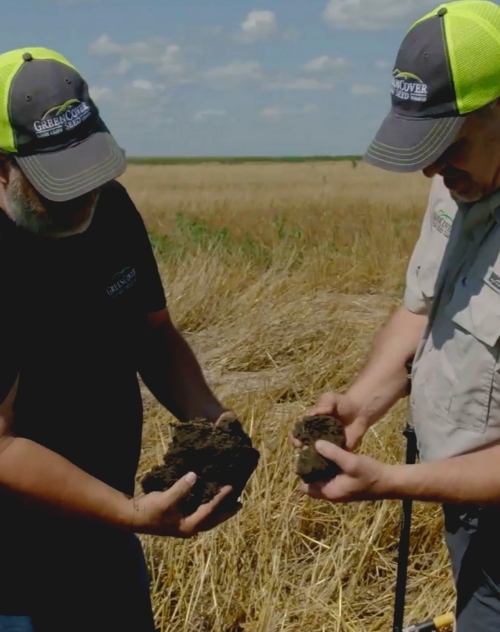 Keith Berns and his brother Brian have farmed their 2500+ acre Nebraska family farm all their lives. Raised as conventional farmers, they started no-tilling practices in the late 1980s and have been 100% no-till since 1999.

With a grant from SARE (Sustainable Agriculture Research & Education), Keith and Brian began to do cover crop research and helped them to plant and really observe the cover crops and how they were affecting the soil on their farm. They found that adding cover crops greatly improved their land’s fertility as well as its ability to hold water.

They were excited about the positive potential of using cover crops, but seed was really hard to find. Whenever they did find it, other farmers asked them to buy extra. So in 2009 they decided to start a cover crop seed business, Green Cover Seed, in addition to their farming.

Green Cover Seed has over 8,000 customers and is now one of the major cover crop seed providers and educators in the US, with customized offerings for different climates.

← Back to PARTICIPANTS
Get Updates