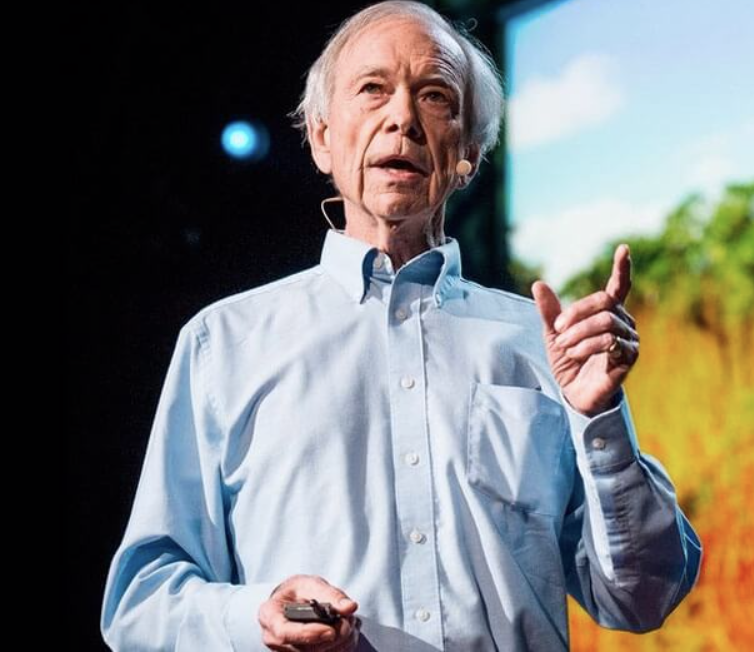 Allan Savory is the Founder & President of The Savory Institute. Born in Zimbabwe and educated in South Africa (University of Natal, BS in Zoology and Botany), he pursued an early career as a research biologist and game ranger in the British Colonial Service of what was then Northern Rhodesia (today Zambia) and later as a farmer and game rancher in Zimbabwe.

In the 1960s he made a significant breakthrough in understanding what was causing the degradation and desertification of the world’s grassland ecosystems and, as a resource management consultant, worked with numerous managers on four continents to develop sustainable solutions.

He served as a Member of Parliament in the latter days of Zimbabwe’s civil war and became the leader of the opposition to the ruling party headed by Ian Smith. Exiled in 1979 as a result of his opposition, he immigrated to the United States, where he continued to work with land managers through his consulting business. The growth of that business, a desire to assist many more people and the need for furthering his work led him to continue its development in the nonprofit world.

In 1992 Savory and his wife, Jody Butterfield, formed a non-profit organization in Zimbabwe, the Africa Centre for Holistic Management, donating a ranch that would serve as a learning site for people all over Africa. In 2009, Savory, Butterfield, and a group of colleagues co-founded the Savory Institute in Boulder, Colorado to serve the world through an international network of entrepreneurial innovators and leaders committed to serving their regions with the highest standards of Holistic Management training and implementation support. The Africa Centre became the first of the Savory Institute’s locally led and managed “hubs.”

Savory’s book, Holistic Management: A New Framework for Decision-Making (Island Press, 1999), describes his effort to find workable solutions ordinary people could implement to overcome many of the problems besetting communities and businesses today.

In 2003, Allan Savory received Australia’s International Banksia Award “for the person or organization doing the most for the environment on a global scale,” and in 2010 Savory (and the Africa Centre) received the Buckminster Fuller Institute’s Challenge award for work that has “significant potential to solve humanity’s most pressing problems.”

A TED talk Savory gave in 2013 has received over 3.4 million views and in 2014 was voted one of the 50 most intriguing TED talks of all time. The Savory Institute is one of 11 finalists in the Virgin Earth Challenge, a $25 million initiative for the successful commercialization of ways of taking greenhouse gases out of the atmosphere and keeping them out with no countervailing impacts.

← Back to Experts
Get Updates